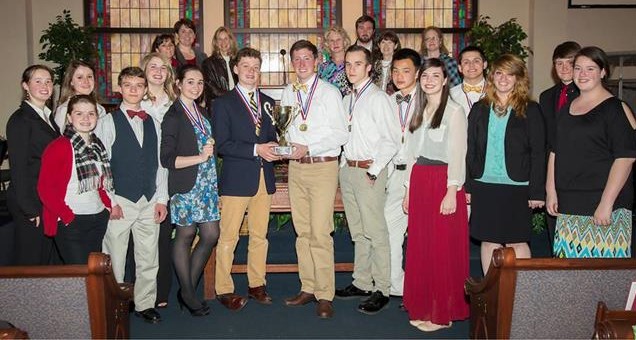 Practicing for regional and state competition begins at the start of the school year and continues until the regional competition in March with the state competition following one week later.  Our region is the largest with nine schools, and we are members in the GICAA – Georgia Independent Christian Arts and Academics.  CrossPointe Christian Academy has been very successful in Literary being both region and state winners.  This success is due to dedicated and focused students who want to represent their Lord, their school, and themselves to the best of their ability, and to faculty and staff who take a personal and dedicated stance in this program.

CrossPointe Christian Academy’s Annual Academic Fair is part of the Annual SpringFest. This is an exciting event that encourages students to display their learning in the areas of Science, History, Art, and Photography. Students are encouraged to participate, entering projects in any or all of the four areas. The educational benefits are numerous, as students develop skills in writing, presentation, creative thinking, and problem solving. Awards are distributed in each area for first and second place. There are 6 divisions, and students from Pre-K through 12th grade may enter.

Visit us on social media: